The Jubilee Exhibition Building was once the grandest building to line the North Terrace cultural boulevard.

It was built in 1887 on the land of the Kaurna people, who have lived on the Adelaide Plains for over 60,000 years.

The idea for a new, grand exhibition building was first proposed in 1883. The building would house an international colonial exhibition, celebrating 50 years of European settlement in South Australia and Queen Victoria’s Golden Jubilee.

The plan was initially supported by the government, but they later withdrew support due to the high costs associated with the project.

The government remained opposed to the proposal, but eventually acquiesced, allocating £32,000 pounds to the scheme.
The Jubilee Exhibition Building was designed by Adelaide architectural firm Withall and Wells and constructed by W. Rogers in a Beaux-Arts style.

The building consisted of a main hall, which could seat 6,000 people, a concert hall for 800 people, and numerous other halls. There was also a bar, a kitchen, a dining room, a kiosk, and eight courts.

The Adelaide Jubilee International Exhibition was a resounding success, having been attended by 766,880 individuals.

The Jubilee Exhibition Building had a number of uses throughout its life. This included housing the Royal Adelaide Show, being used as an isolation ward during the Spanish Flu pandemic, and as a homeless shelter.

To think what could have been! 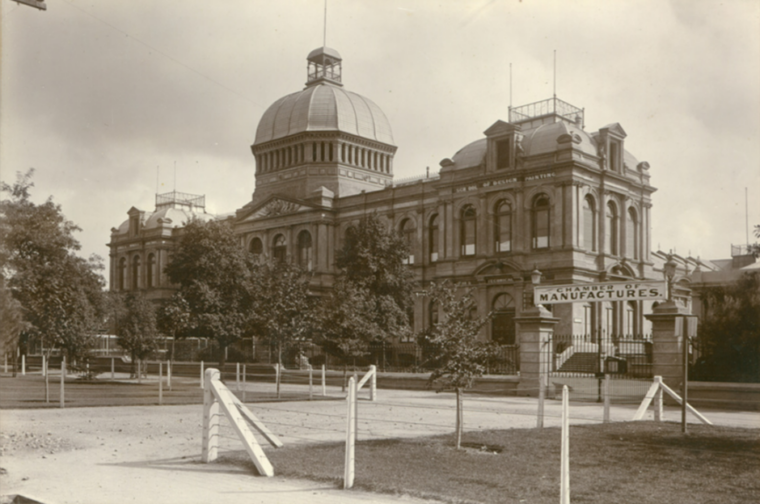 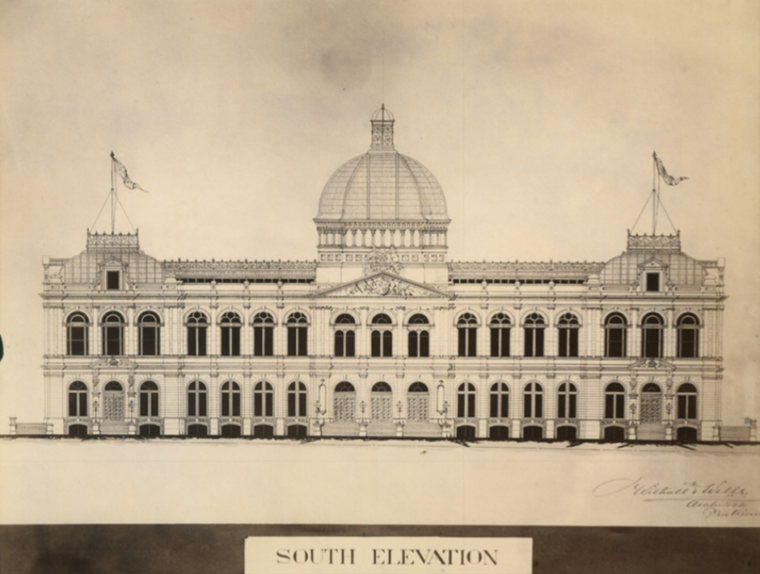 Drawing of Jubilee Exhibition Building by architects Withall and Well, circa 1887. State Library of South Australia.